Find something for yourself

Check benefits of saved devices
Go to “My devices”

Send the application - we will check and reply you within one business day!

How to choose a battery for your phone?

Choosing a battery for your phone is simple and straightforward. It can be done in a few moments using the following two methods:
1.Indicating the phone model. The phone model can usually be found on the device. After reading it and entering it in the search bar of the webshop, the correct battery will be displayed. e.g. iPhone 6s / Xiaomi Mi 5 / Samsung Galaxy S4
2. battery code You can also search for a battery by entering its code - this is located on the inside of the battery. Simply enter the appropriate code and our search bar will show you the relevant products! e.g. BM39 / BS-01/ A1457 We also encourage you to read the guide on our blog: How to choose a battery for your phone?

Choosing a battery for your phone is simple and straightforward. It can be done in a few moments...

How to check the battery capacity in your phone?

The capacity is written out on the battery itself. Information can often be found on the inside part of the device. To do this you can also use apps that allow to monitor the state of your battery, such as "Battery Info" for Android. The app is easy to use and let's you check every information about current state of your battery.

The capacity is written out on the battery itself. Information can often be found on the inside...

Could the battery capacity (mAh) be higher?

Battery capacity expressed in milliampere-hours (mAh) may differ from the original battery. If you choose a higher capacity battery, your device will have a longer battery life, and you will enjoy increased mobility and convenience of use!

Battery capacity expressed in milliampere-hours (mAh) may differ from the original battery. If...

How to extend the phone's battery life?

There are a few simple methods that will effectively extend the life of your battery.
1: Don't drain your battery to 0! Our phone's accumulator, commonly known as the battery, does not like this very much. So don't wait for low charge warnings to appear.When the battery level drops below 40%, it's a good idea to connect your phone to a charger.
2. connect to the charger often Modern lithium ion batteries have no memory effect. As a result, frequent charging has a positive effect on their performance. According to experts, it is best to achieve a charge level of 80-90%.
3. avoid extreme temperatures Phone batteries are a bit like their users - they feel best in moderate temperatures. Leaving your phone in direct sunlight or in a hot car can significantly reduce battery life. It's also a good idea to protect your phone from the cold.

There are a few simple methods that will effectively extend the life of your battery. 1: Don't... 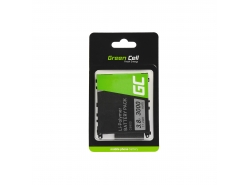 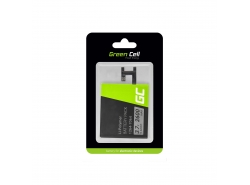 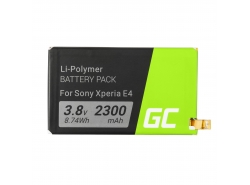 Only the highest performing replacement batteries for Sony Ericsson phones and other devices.

The smartphone has come a long way - from a curiosity, to a gadget, to a fully functional everyday tool. It's hard to imagine existing in the modern world without the familiar weight in your pocket.

Thanks to the opinions of our customers, we know that one of the brands enjoying particular trust is Sony and the Xperia model line.

Unfortunately, every battery - even the best phones - will eventually wear out. Over time, the phone becomes less and less power efficient, and being used and exploited every day will only give you nerves and constant contact with the charger. There is a simple way to get your mobility back.

A new battery for your smartphone

Sony Ericsson has written big letters in the history of mobile equipment. This reputation was taken over by the Sony Xperia line, which - like its older brother - has become synonymous with quality. But even in these phones, the operating time of the device becomes shorter every day. The battery already loses a large part of its original capacity after a year of use.

In the minds of modern smartphone users, it has become established that individual components are disposable. Also, the multitude of new models debuting every now and then on the market strongly encourages to abandon the current device and invest significant amount in a new one.

Replacing Sony Ericsson battery has many positive consequences for you and your environment. Firstly, it is much cheaper than buying a new smartphone. You can use the money you save for other expenses. Secondly, it is environmentally friendly. Only the old battery will be disposed of. Thirdly, you can invest in a used phone and enjoy its long service life.

Which Sony Ericsson battery should I buy?

An excellent alternative to original batteries for Sony Xperia smartphones are Green Cell products. They work well as a good alternative for many Sony Xperia models. The Sony Ericsson battery is the energetic heart of  your mobile device. If it starts to get low, it needs longer and longer charges and needs to be plugged into a charger all the time. Provided you have access to one, of course.

All Green Cell batteries in our shop are brand new. Their actual capacity matches their declared capacity, and the high-end control electronics provide accurate information about the battery's condition and state of health.

Each Green Cell Sony Ericsson battery features advanced technical safety features. This ensures that the phone will not over discharge or overcharge. Green Cell also emphasises that the batteries include short circuit and thermal protection.

How do I replace a Sony Ericsson battery at home?

It's nowadays assumed that it's impossible to replace batteries and other components in a smartphone by yourself, but - contrary to what you might think - you can do it at home. Most phones and electronic devices allow you to get inside so that service technicians can replace damaged or worn out electronic components. Unfortunately, individual components are often glued to the case or screen.

The safest option is still to take your smartphone to an authorised service centre, but this significantly increases the cost of refreshing your device in the first place. If you care about time, take care of it yourself. The equipment returned to the point of sale very often lies on the shelf for a long time waiting for replacement parts.

The replacement process itself is not complicated at home, and it saves you both time and money. You can use the money you save for other purposes.

Removing the housing and replacing the battery may be different for each model. The most common way to get inside is by removing the back of the Sony Xperia case. Your Sony Ericsson battery should be located just below it.

The next step is to remove the battery itself from the smartphone case (usually additionally secured with glue or double-sided tape) and disconnect the cable strip from the motherboard. Then it remains only to replace the battery with a new one, close the phone. Done!

After some time from purchase, even Sony Xperia will lose its energy efficiency. The battery is the heart of any phone - take care of it. Disconnect from the charger and find the model that fits your phone in the offer of the shop Battery Empire.

USB car chargers USB cables Hub USB-C AA and AAA batteries
This website uses cookies and does not automatically collect any information, except for the data contained in these files (so-called "cookies").
OK

Leader on the market!