Find something for yourself

Check benefits of saved devices
Go to “My devices”

Send the application - we will check and reply you within one business day! 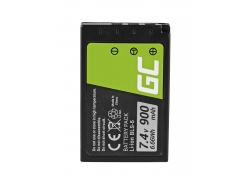 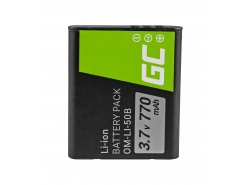 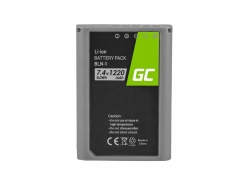 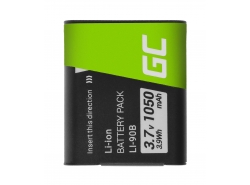 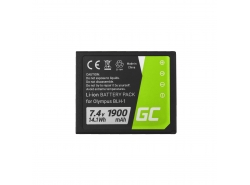 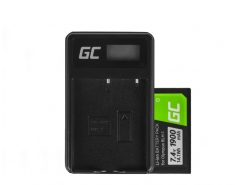 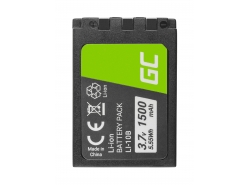 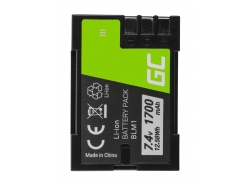 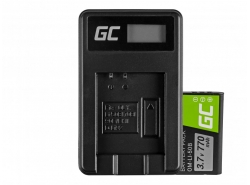 Olympus is a world-renowned camera brand. Great specifications, stylish workmanship and a relatively low price make many amateur photographers choose this company's models as a handy companion for every journey. If you have already started to complete your photographic equipment with one of them, don't forget about a good Olympus camera battery!

What battery powers an Olympus camera?

Olympus cameras feature lithium-ion batteries, which are commonly used in photographic equipment. They allow a long run time on a single charge, as their capacity reaches up to 1900 mAh. This is a real capacity that makes the camera work efficiently and smoothly.

A characteristic feature of each lithium-ion Olympus camera battery is the lack of memory. Thanks to it, you don't have to wait until the battery is fully discharged before you can plug it back in to charge. The process can be started even when the battery charge level indicates 90%, without the risk of damage.

Olympus camera battery packs have a fixed lifespan of approximately 500 full charge cycles. The number of these cycles increases in proportion to the depth of discharge. For example, a battery charged from a depth of discharge of 50% can last for up to 1500 cycles.

When should you consider buying a new Olympus battery?

The shortest way to recognise the end of a battery's lifespan is by its reduced runtime per charge. The Olympus camera battery needs considerably more time to recharge fully. As the capacity of the cells decreases, the battery may stop working at any time.

So it's always a good idea to have a spare battery on hand. Few amateur photographers devote enough time and attention to their Olympus batteries to realise that their capacity is getting low. It's the nature of things to fail when you least expect it, and you'll miss the chance to capture the moments and places that matter to you.

In addition to your primary source, make sure you have a spare battery. When the first one dies, you can always reach for a second battery and continue shooting. Olympus Li-Ion camera batteries are small and lightweight, so you won't even notice them in your pocket or backpack.

What Olympus camera battery should I choose – an original or a replacement?

Green Cell batteries are fully compatible with Olympus cameras. They are equipped with modern control electronics, thanks to which they work with the equipment in the same way as original batteries. They also have the same service life, although the capacity of the Green Cell battery may be greater and thus provide you with more shooting time.

You don't have to worry about the safety of using a replacement battery. They all undergo rigorous quality testing and are inspected at every stage of production. In addition, they have all the necessary safety features, and the manufacturer of Green Cell batteries itself has covered them with a one-year warranty.

Leader on the market!