×
Select a device and match a product

Where to find the model markings?

Add your device and we will match compatible products for you!

Where to find the model markings?

Add device Add your device and we will match compatible products for you!
Go to the list of devices

Send your application - we will check and respond within one business day!

Security is assured by

If I have a Ni-Cd (Nickel-Cadmium) battery, can I use Ni-Mh (Nickel-Metal-Hydride) cells?

Currently there is no sale of batteries based on Ni-Cd cells, they are replaced by Ni-Mh cells which are less harmful to the environment. These cells can be used interchangeably, so we can use the Ni-Mh battery in exchange for the Ni-Cd battery.

Currently there is no sale of batteries based on Ni-Cd cells, they are replaced by Ni-Mh cells...

If I have an old charger, will it charge the new one?

In this case, pay attention to the type of cells used in the battery. If you plan to purchase a Li-Ion (lithium ion) battery and have previously used a battery with Ni-Mh (nickel methyl hydride) or Ni-Cd (nickel cadmium) cells, the new battery will not be charged by our charger and you will need to purchase a suitable charger.

In this case, pay attention to the type of cells used in the battery. If you plan to purchase a... 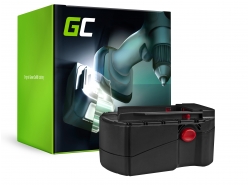 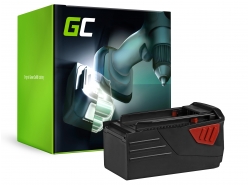 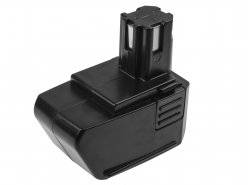 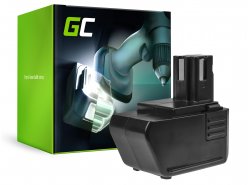 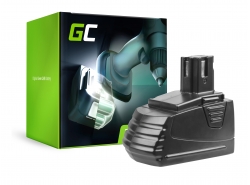 The cordless screwdriver is one of the basic devices in the equipment of a home workshop. Without it, it is often impossible to carry out (complete) repairs as well as large and small repairs. Hilti is a manufacturer of efficient power tools, which can be found more and more often on the shelves of modern consumers. For years, Hilti has offered customized solutions that quickly adapt to individual needs, preferences and financial possibilities. The Hilti cordless screwdriver is an investment that quickly pays for itself in the short and long term and allows the necessary work to be carried out quickly. However, despite its performance, the Hilti screwdriver is also wear-resistant due to its frequent use. If the tool is defective, it is usually due to the battery. Occasional battery changes on the Hilti screwdriver will keep your tools at an optimal functional level. A screwdriver that does not fully perform its function does not help too much in performing its work and even blocks it. Downtimes are then difficult to skip, so that occasionally important elements such as batteries and accumulators in the Hilti screwdriver are replaced.

Battery Empire offers a wide range of batteries and accumulators for Green Cell Hilti screwdrivers. Green Cell is a quality that you can quickly feel in the technological leap and the quick return of the tools to their full energetic functionality. Elements like the Hilti battery pack are often marginalized when using the tool. However, it will turn out that the question of replacement will be constantly pushed for another margin faster than later - and at the most inopportune moment. An underdeveloped battery will not be able to cope with a flood of waiting. The result will be a multitude of ever shorter and longer downtimes, preventing the work from being completed. By replacing the accumulators or batteries with Hilti, this type of problem as well as many secondary problems can easily be avoided. In our Battery Empire range we have high quality Green Cell batteries that guarantee a long operating time on a single charge and a perfect match to the model of Hilti power tool.

Batteries and rechargeable batteries for Hilti screwdrivers from Green Cell are characterized by high performance, low failure rate and precise workmanship that match the model of the Hilti screwdriver. The Green Cell battery pack is an investment that brings multidimensional advantages. Each product has a 12 month warranty and a 30 day return period. Our specially selected and constantly growing range of products is designed to offer our customers only the best solutions that perfectly combine performance, durability and value for money.

Leader
on the market